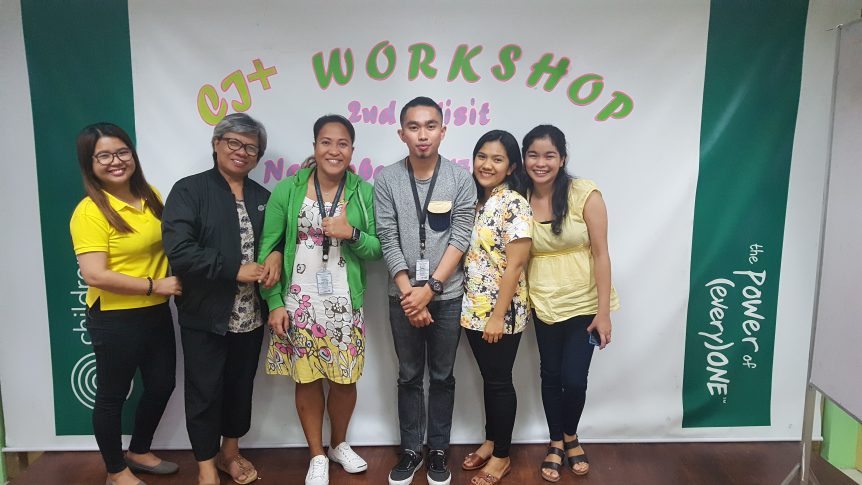 Root Change has partnered with Children International (CI) to carry out an organizational transformation initiative called CI+ with its 13 agencies around the world. The objective of CI+ is to enable agencies to develop the learning and adaptive capacities to continuously innovate and improve their contributions to breaking the cycle of poverty within the unique contexts in which they operate. To do this, local staff have been using feedback from the communities they serve to identify local needs and test solutions using lean experimentation and design thinking.  Local staff have been testing rapid, low-cost organizational changes in areas such as child well-being, program implementation, internal communication, and partnership development. Worldwide, over 50 experiments are currently being tested in two-month periods. Read more about this approach here.

In August 2017, Root Change helped kick off CI+ in the CI agency in the Bicol region of the Philippines with introductions to constituent voice feedback, design thinking, and lean experimentation. One year, three workshops, and seven experiments later, we were back in the Philippines to celebrate a challenging, but rewarding year of learning. Over the course of five days, we heard reflections from the Learning Committee, the group spearheading this work within the agency, and the lean experiment teams, small interdepartmental teams that had spent the past year testing new approaches to their work through lean experiments, and launched the second year of CI+ in Bicol.

The reflections that emerged from that final workshop highlighted two key takeaways about organizational capacity development:

1. The real learning happens in the doing and reflecting. We kicked off CI+ in Bicol with a two-week workshop designed to facilitate knowledge sharing across program areas, feedback from children and families, and two intense days of iterative experiment design. The purpose of the workshop was not to design the perfect lean experiment, but instead to introduce the Bicol agency to the approaches and techniques that they could use to rapidly identify problems, create a hypothesis, test solutions, and come back together to reflect and iterate using learning.

By the end of that first workshop, five interdisciplinary teams presented lean experiments, and one very brave team was selected to carry out CI Bicol’s first ever lean experiment to test their hypothesis: if sponsor relations field officers promote CI’s employment programs, participation in those programs will increase. 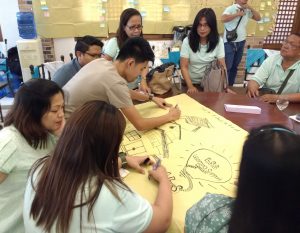 That week, the remaining four lean experiment teams redesigned their experiment proposals with these critical lessons in mind, and together, they prepared to carry out six more experiments over the course of the next year.

2. Interdisciplinary experiment teams surface new leaders and ideas. The process of bringing together interdisciplinary teams to listen to feedback from youth and their families and design experiments has done more than unearth local problems and possible solutions. It has also given rise to new leaders within the Bicol agency. As part of the process of reflecting on the first year of CI+ during the third and final workshop, lean experiment teams and Learning Committee members were asked to identify the most significant changes that had taken place throughout the year. Benisa Camacho, a Sponsorship Relations Assistant at CI Bicol shared her story, which she titled #Metamorphosis: Before a Caterpillar, Now a Butterfly. 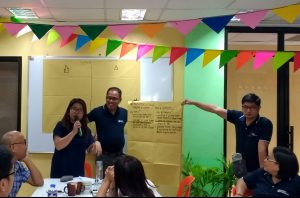 Prior to joining the team of CI Bicol, Benisa was a sponsored youth, participating in CI’s programs, and was elected by her peers to be the Vice-President for Programs of the  Agency Youth Council. She is passionate about CI’s work in Bicol but, as a Sponsor Relations Assistant, she explained that she was “confined to a cocoon” and not involved in the organization’s programs. However, as a member of a lean experiment team, Benisa said that she was able to “gain trust, confidence, and influence to improve the organization.” She was selected as team leader by her lean experiment group and later nominated to join the Learning Committee, which will be spearheading CI+ and providing guidance and coaching to new learn experiment teams in 2019. Benisa’s emerging leadership within the agency has been recognized by her peers and she was voted “Best New Leader” and “Best CI+ Promoter” by the agency during the year one CI+ award ceremony.

Benisa’s story is just one example of the shift that we’re starting to see in Bicol, towards more inclusive learning and constituent-informed, iterative decision making. CI+ has created the space, structure, and vocabulary that the Bicol agency needs to rapidly and inexpensively test solutions to local problems.