Over the past two years, Root Change, Youth and Society (YAS), and Keystone Accountability have supported district level social labs in Mulanje and Rumphi, Malawi as part of the USAID Local Works program. As USAID-funded support for the social labs came to an end, we worked with the labs to craft a Constituent Report to showcase their activities, highlight the tremendous learning that emerged, and introduce next steps for sustainability. The report was created for stakeholders in Malawi, including local government, community structures, civil society organizations, and active citizens. The content was generated from workshops and interviews and reviewed by members of the labs. We are thrilled to share the Constituent Report here!

Social Labs in Rumphi and Mulanje

Eleven groups worked together to implement short-term activities called micro-actions, which by design, don’t require large amounts of resources or time to complete. For each 8-week micro-action cycle, groups received a small grant of $500. The design, implementation, and use of funds was entirely determined by the groups. The labs came back together every two months to present results, exchange feedback, and work together to improve their approach. 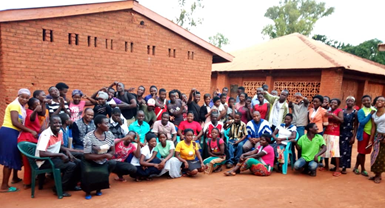 In Mulanje, the Youth in Development Projects micro-action group created critical momentum around youth engagement in development decision-making that resulted in youth seeking established roles within government and forming their own Youth Clubs.

Although 40% of Malawians are aged 10 to 35 years, youth lack opportunities to influence decisions that affect their lives. Negative perceptions of youth by elders in the community have also prevented them from participating in community decisions. As Rita Rino, a social lab participant shared, “We have a full [district] council…but there was no one representing the youths…and some influential leaders, they were accusing the youth of being money hungry and that they do not show up on voluntary activities…we had to enlighten them on the challenges the youths are facing, ranging from HIV/AIDS, teen pregnancies and also unemployment.”

The group tested several approaches to address this challenge, including:

The group was formed to address the issue of little community participation in CDF and DDF decision-making despite guidelines outlining community engagement in project identification and monitoring. Together, the group tested approaches to address this challenge, including:

One member described that one of the biggest improvements the group saw from their work was improved relationships and communication with the district council: “Previously, to get information from the council or any department at the council was somehow difficult.” After building a relationship with the district council, he explains, “they came and [taught] us how guidelines are followed, and later on, they went further, coming as the procurement team to teach us how procurement is done in government departments. That shows that we have made good progress. Previously these things could not be done.”

The changes that emerged from the social labs have inspired both to continue their efforts. As USAID funding ended, the labs elected their own leadership structures and Resource Mobilization Committees to lead local fundraising efforts. Many lab participants have donated their own money. The Mulanje lab is exploring decentralizing the social lab model to the community level to allow for greater participation of community members. Read more about the sustainability efforts each lab has taken in the Constituent Report here!