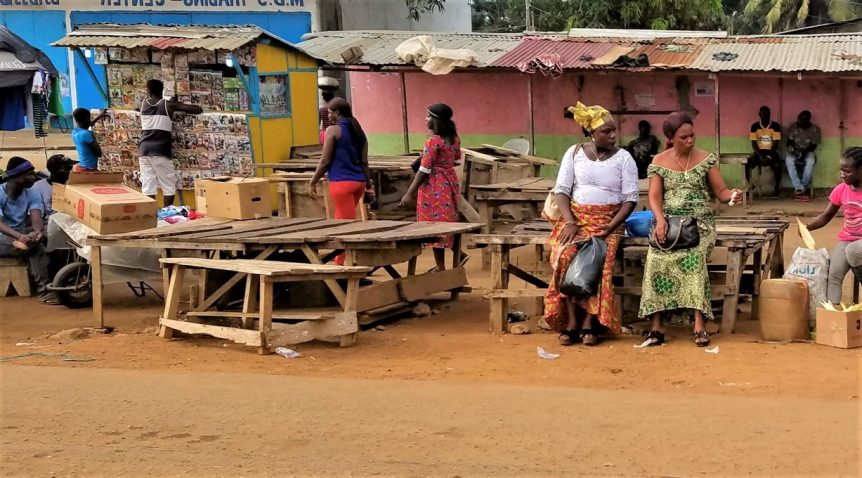 This blog was written as a collaboration between Mauricio Miller, founder of the Family Independence Initiative (FII) and author of The Alternative, and Marie Zernovoj, consultant at the Community Independence Initiative (CII), a powerful new model housed under Root Change in close partnership with Mauricio. This post originally appeared in the Self-Help & Mutuality series, a bi-weekly email newsletter from CII.

You can’t administer social change. It can’t be done by programs or nonprofits or professional social innovators. We have been trying that for decades. The all-black townships were not built because of a program, and Cambodian refugees did not come to own 80% of the donut shops in California because of a strategic plan. Change comes when it is developed, led and owned by the people themselves, and it will scale when they work together. That is the basis of Self-Help and Mutuality, which is alive and well within depressed neighborhoods in the US and refugee camps in Uganda.

Those of us seeking fundamental change at scale have to realize we, the privileged, are not the answer. We put on band-aids, but we need more than that. We need to accept that those we want to help are the only experts and leaders of their own change. But to truly understand you will need to come to understand concepts such as positive deviance, or bright spots, and behavioral social change theory of diffusion of innovations, or tipping points, as well as the concept of paying it forward. Do-gooders can play a role if they can step back and play a supporting or secondary role.

Why CII in Refugee Resettlements?

We are whirled into a state of horror as we watch thousands of people fleeing the war torn country of Ethiopia and arriving in Sudan, hungry, thirsty, and stateless. They’re arriving by the tens of thousands, a sea of humanity mentally strained and physically exhausted, searching for not only Maslow’s basic needs of food, water and shelter, but maybe even more importantly, searching for safety and security. It is a harsh reality. Uganda, for example, has experienced refugees from Congo and Sudan, and has developed detailed plans for new refugees providing a safe haven, warm food, shelter and a plot of land. The refugees are in a crisis mode but do not stay in that state forever. What experts are witnessing is that as they settle into their new environs, they are looking for pathways themselves on how to improve their livelihood.

Within the year, the refugees are searching for ways toward independence and ways to be less dependent on the humanitarian efforts that different organizations provide. One of the major drivers for social change is seeing their peers who emerge in the forefront having started their businesses within the year of arriving and wanting to follow their lead. Social signaling is a strong positive driver. There are role models, positive deviants, who emerge from the group and start their businesses and succeed.

Shifting gears to Liberia, which is currently experiencing a tense political atmosphere after surviving two brutal civil wars and Ebola in 2015, the Liberians still want to thrive. They want to create their own pathways towards self-efficacy, want to do more and earn more. All they need is the belief in themselves and the seed money which supports their self-help efforts.

Researchers state incorrectly that people going through severe crises or chronic scarcity have a diminished IQ and cannot make important decisions. For those that believe there is a diminished IQ, it’s almost a pre-drawn conclusion that people stay in that state, so why even think that people who are impoverished and going through crises can create a pathway of self-help and agency? Sure, going through statelessness and such severe trauma as a civil war and Ebola will cloud your judgement during that period of time, but it does not cloud it forever, and to correlate it to a diminished IQ is preposterous. There needs to be a collective willingness to accept that last statement as true. Those statements continue to severely impact those in and around poverty because of the already preconceived stereotypes and prejudices that people have towards those in poverty, primarily people of color.

That all being said, the point ultimately is that initially when a severe crisis presents itself, interventions are needed, but this is temporary. In the next phase, residents want to create their own livelihood, want to do more, and want to make more. They don’t want to be takers, but want to be makers. This is where self-help and mutuality come in as the keys to success. Self-help, self-efficacy, and agency are words that are immensely impactful in their meaning and even more impactful when experienced by the residents themselves. We are currently seeing this in our work in Liberia with CII, and will be testing it in Uganda very soon.

Update on Progress in Liberia

In 2019, CII launched an innovative peer-driven change model in Liberia. Our initial 100 families have now recruited and are assisting another 100 families. Within each household there are multiple enterprises, and each family also helps friends and relatives in more impoverished situations. The mutuality and pay-it-forward aspects of CII within these core 200 families are now impacting over 5,000 resident-driven ventures and will continue to scale. Part of being in this community is a pay-it-forward expectation held by all as they have come to recognize they are stronger sharing than they are competing. That is the environment and expectation built into this “Alternative” environment. It is a community where people share and help each other.

The Liberian families are now also helping us start a project in a refugee camp and farming area in Uganda. You can help by making a year-end donation to expand this mutuality community by going to the Mutuality Platform and investing just $10 to support ventures of your choice. In return, you will get progress reports from the families themselves. All donations are tax-deductible in the United States. We use the same secure PayPal platform used by GoFundMe.

We are also looking to connect with those who have interest or expertise in supporting refugee settlements. For this, please reach out to Mauricio directly at mauricio@mauriciomiller.org.